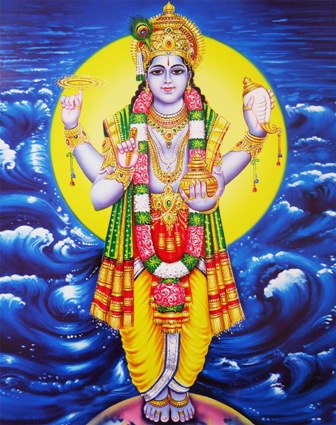 Ayurveda is a nature’s gift to the mankind, which uses the inherent principles of nature to help maintain the health in a person by keeping the individual’s body, mind, and spirit in perfect equilibrium with nature.

Ayurveda is an ancient Indian Language Sanskrit term, made up two words “Ayus” and “Veda.” “Ayus” means life and “Veda” means knowledge or science, thus means ‘the knowledge of life’. Ayurveda is the science of life.

It is a holistic health system that has been passed down for thousands of years previously orally and later in literature. Therefore it is the oldest medical science. Ayurveda is the Mother of Medicinal system and it is a mainstream medical system in India

Every human is unique. Therefore we often react very differently to external stimuli, food or therapeutic applications. The most important principle in Ayurveda is the focus on individual tolerance. “One man’s poison is another’s medicine” is a quote from the ancient Ayurvedic texts.

Goal, the way and the tools

The goal of Ayurveda is holistic health: prevention, healing, rejuvenation and revitalization.

The way is developing a consciousness – that means we revive the awareness of our mental and physical functions that already exists within each of us. Then we can see what makes us sick and what we need to do to recover.

Disease-free condition is the best source of virtue, wealth, gratification and emancipation while the disease is destroyer of this source, welfare and life itself

The objective of Ayurveda is to protect the health of a healthy individual and to alleviate disorders in the diseased.

Vikara prashamana explains about the treatment of diseases, which are manifested by a violation of the rules and regimen explained for a healthy living.

Ayurveda ‘the Science of Life’ is a holistic system of medicine from India, which evolved in Ancient India 6000 years ago. Ayurveda is one of the branches of Vedas. It is regarded as Upaveda of Atharva-veda also it is a stream of the knowledge coming down from generation to generation since eternity parallel to the Vedic literature. 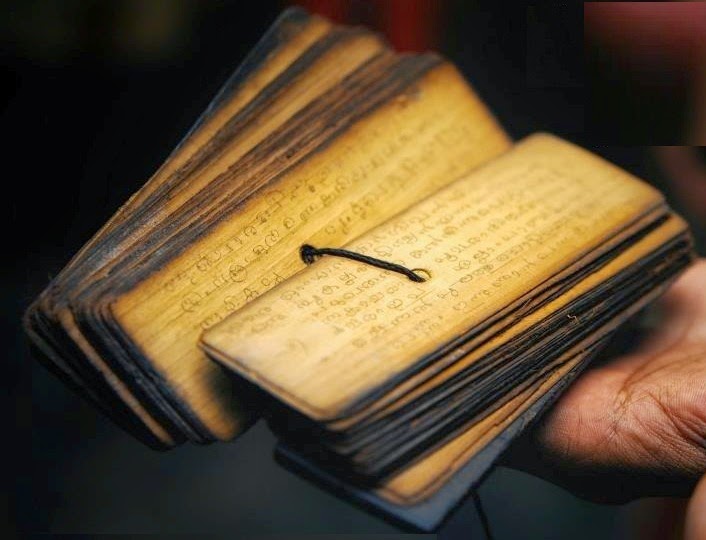 The fundamentals of Ayurveda can be found in Hindu scriptures called the Vedas-the ancient Indian Holy books of wisdom. The Atharva-veda, which was written over 6,000 years ago, contains vast information about illness and medicinal preparations to treat it and that can help humans overcome various health disorders.

Lord Brahma, the lord of creation having known the immortal and eternal science of Ayurveda, in full, taught it to Dakshaprajapathi, who transmitted his knowledge to Twin brothers ‘Ashwinikumaras’, who then taught  the science of life to Indra who is the leader of the Devas and the lord of Heaven .

When diseases began to trouble the human beings, causing hindrance to the acquisition of Dharma, Artha, Kama and moksha, a group of sages Like Divodasa Dhanvanthari Maharshi, Bharadwaja Maharshi, Kashyapa Maharshi went to Indra. Indra Being pleased to see the group of sages taught them that science which teaches the correct maintenance of life, Ayurveda.

The sages having learnt the science and becoming satisfied with their new knowledge exchanged views among themselves and came back happily. Sages who are renowned for their empathy to the sufferings of the living beings handed over their knowledge to their ‘disciples’ like Agnivesha, Haritha, Bhela, Sushruta, Charaka and others

These spiritual sages, who laid the foundation of the Vedic civilization in India, by organizing the fundamentals of life into a proper system.

Ayurveda has eight branches they are.

A number of treatises were composed on each branch making all of them full-fledged specialties, but at the same time keeping room for inter-disciplinary approach and coordination. Two specialties developed to a greater extent making two distinct schools.

Both schools of thoughts had their own philosophy, diagnostic patterns, treatments, and medicine. They had several followers and the many texts were written by them. 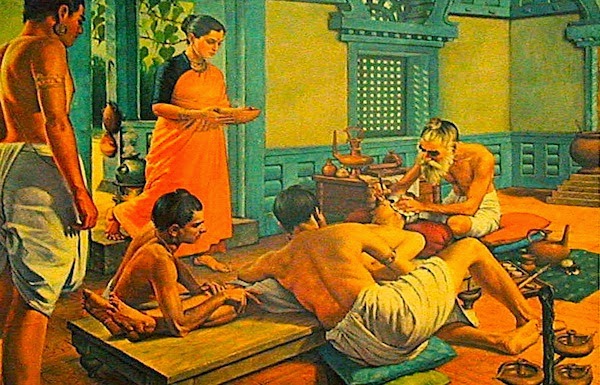 This text describes the basic principles and theories from which Ayurveda has evolved. They also include large clinical information for many diseases and their management.

The science of Ayurveda has simplified the organizational layout of the human body into three basic components, Dosha (Body Humours), Dhatu (Tissue) and Mala (Impurities).

The one which gets destructed is called as Sharira. This definition indicates catabolic process in the body.

The term “Kaya” is  defined as the one which takes in food and gets digests, absorbs and metabolize it.

It gives the meaning of to grow, to increase and to prosper. This  indicates ‘anabolic processes in the body.

The quantitative, qualitative and functional equilibrium of dosha(Tridoshas), dhatu(Sapta dhatu), mala(Tri mala), Agni (Trayodashaagni) and pleasantness of Aatma manaha and indriya is known as ‘Swasthya’ (physical and mental wellbeing or health).